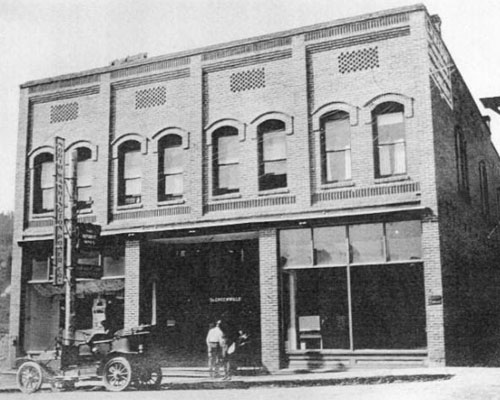 The L.H. Mason Building in 1913. The east side of the building faces Clark Avenue.

Sometime between June of 1899, when fire destroyed the west half of Republic’s business district, and 1901, when it appears on an Athletic Club promotional banner as “The only brick block in town.”, pioneer dry-goods merchant L.H. Mason constructed an impressive two- story red brick commercial building.

That’s a lot of bricks and, since the railroads didn’t arrive in Republic until 1902, the only way for Mr. Mason to get enough bricks for a two -story building was to make them locally. He and business partner Ben F. Keck started a brick yard west of Republic where the Swamp Cr. Road meets Highway 20. Their product, a soft, low-fired brick, was not in demand for long because the railroad gave local builders access to better brick in large quantities. The Mason building is the only building in Republic made of locally produced brick. Since transportation of large structural metal components was difficult before rail connection, the Mason building’s frame is wood.

At that early stage of the town’s development construction of a large brick building made a statement: “This is not just a temporary mining camp, we aspire to be a city.” Throughout the city’s history Mr. Mason’s building has served many commercial purposes and undergone major changes. When cracks in the brick work developed in the 1940s the west wall was stabilized with massive concrete buttresses. In the late 1960s or early 1970s its upper story was removed.

The building’s most recent owners, the Anderson families, descendants of pioneer grocer Charles Anderson, have given it to the Ferry County Historical Society. We will use it to make a contemporary statement about civic pride and to interpret our local heritage. Refitting this building for its new role more than a century after its construction will take some time. When finished, it will give the Ferry County Historical Society a place to display a large collection of Ferry County’s historic artifacts unavailable for public view for years and a fresh look at Ferry County’s past. 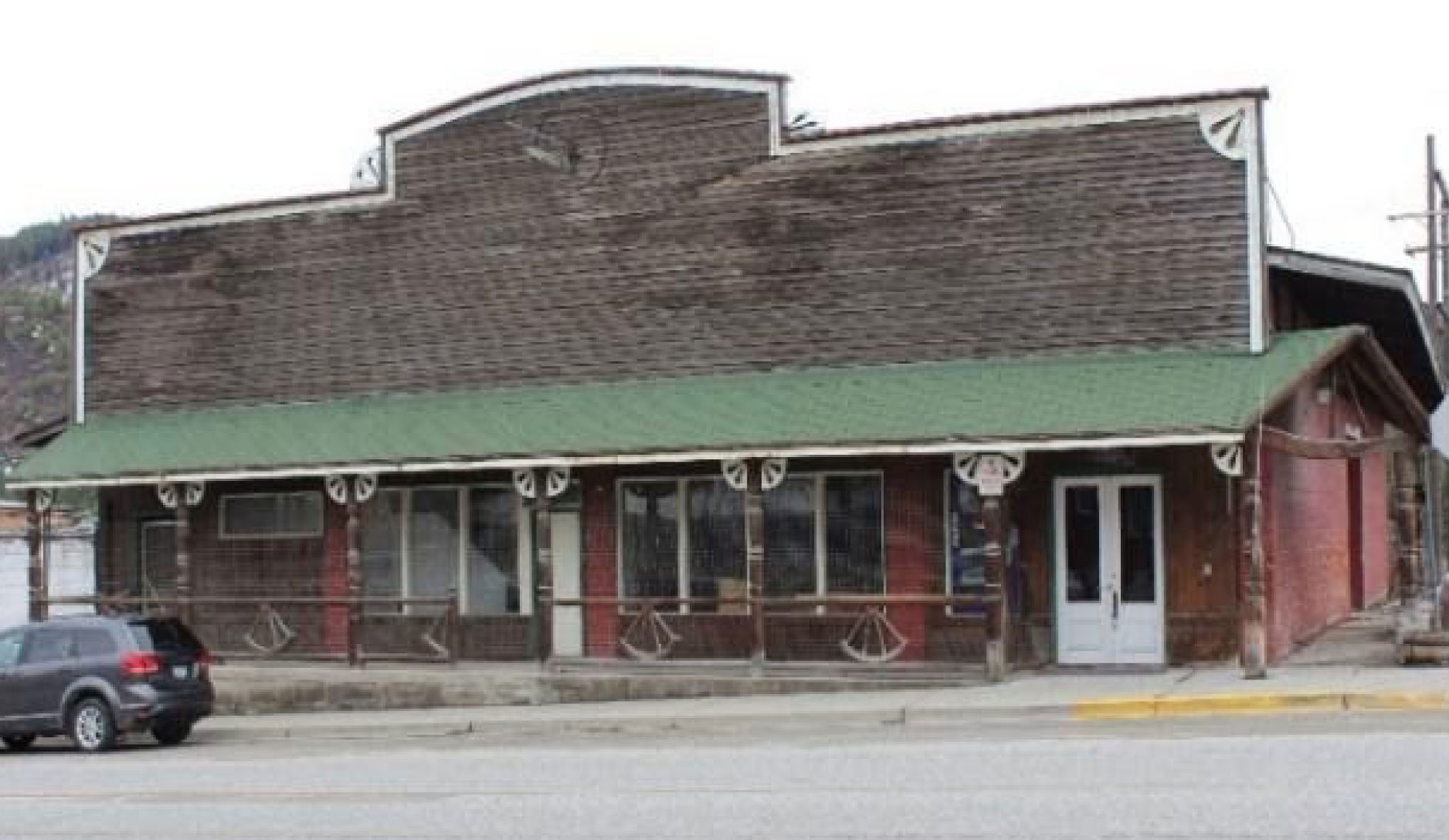 Buy a brick or Donate