Save the date at the brewery!

This year’s Ferry County Historical Society membership meeting will be very different from previous years’ meetings. This one will be fun! Our new venue is the Republic Brewing Company at 26 N Clark Ave. in Republic. The date is Monday, March 25th. The time is 6 to 9 P. M. The meeting will begin with a no-host social hour with meal-size snacks provided by the Historical Society followed by a brief business meeting and a raffle to raise funds for remodeling the L.H. Mason building as a museum. The architect’s drawings for adapting the building will be available at the meeting for examination and comments. If you plan to attend, please call Madilane and Ray at (509) 775-2605 so we will know how much food to order.

The object of the business meeting is to elect new members to the board of directors. This is important because we are short-handed. Two members have recently left the board and the remaining members are well beyond the usual retirement age. In order to develop the L.H. Mason building we need more board members, younger members and people who have vision for what the Mason building can become. All FCHS members are eligible to serve on the board and only current members can vote for new board members. Nominations can be made at the meeting. Guests are welcome but only FCHS members can vote.

This is the 6th year that Rishiri High School in Japan has sent two students and a teacher to visit Ranald MacDonald’s grave at Toroda. This year’s visitors were Nana Kadoya and Kotomi Takahashi and their P.E. Instructor, Mr. Daisaku Shimizu who arrived in October. The FCHS has also received copies of the reports that the students have done on their American trips this year and in 2017.

Visitors who signed the FCHS guest book in 2018 numbered 732. This is probably a low count because many people sign as “family” or a plural last name and many who sign in at Stonerose ignore a second opportunity. The majority of our visitors, 334, or 46%, were from Western Washington. Eastern Washington was represented by 286 signatures, or 39 %, 51 of these were from Ferry County. Canada was next, with 58 from British Columbia and 10 from Alberta. There were 15 visitors from Japan, including the students and teacher from Rishiri Island and members of the Friends of MacDonald. There were four visitors from Germany and the U.K, three from Denmark, two each from Austria, Australia, China, Holland, Israel, Mexico and New Zealand. The F.W. Islands and the Philippines were represented by one person each. Eleven entries were either illegible or didn’t include location.

The J.W. and Elizabeth Slagle House was open on three Saturdays through the summer, down from its usual four due to a funeral. 45 visitors enjoyed scheduled tours of this pre-WW II single- family time capsule. The Slagle House is listed on the National Register of Historic Places and is Ferry County’s only National Register property that is open to the public for interpretive tours. Due to space limitations tours include only six people at a time. This year saw the first school tour of the Slagle House attended by eight students and an instructor from Grace Christian Academy. The 2019 schedule for tours includes the fourth Saturday of the months May, June, July and August, 11:00 A.M. to 3:00 P.M.

The year-end campaign to raise membership numbers and funds was a success, resulting in 20 new memberships in 2018 and six in January of 2019. New membership applications are still coming in. The total amount of money raised was $2850, $1100 of which was designated for use in adapting the L.H. Mason building for museum use.

What’s A Docent? And why do we need them?

“Docent –a person who conducts groups through a museum or art gallery.”

Although the museum in the Whittaker/Fletcher House and Kauffman cabin is designed to be self-guided, the presence of a docent able to answer questions adds a lot to the visitor’s experience. The Stonerose staff has been doing the “conducting” for the Historical Society but they are increasingly busy with Stonerose’s activities and often lack the time to answer historical questions or direct visitor attention to the exhibits. This is particularly true on high traffic days. It has been suggested that the presence of a docent on Saturdays between Memorial Day and Labor Day would increase both signatures in the museum guestbook and donations and would give visitors information and direction to other heritage sites. Madilane Perry has volunteered to spend one Saturday a month as a docent and challenges other members to do the same. She will hold a training session for other docents in April. It will be announced in the Ferry County View and on the FCHS webpage. 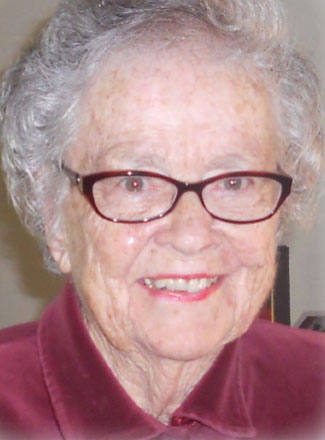 In February the Ferry County Historical Society lost one of its most influential members. Career educator Mary Warring died at her home on Toroda Creek at the age of 91. Mary came to Ferry County the 1980s and instantly became deeply involved in both the Historical Society and Stonerose. She was influential in moving the FCHS collection to the present location on short notice. As President of the FCHS she was instrumental in organizing the Ranald MacDonald Day celebration in Curlew in 2001 and commissioning and installing the panels chronicling MacDonald’s life in pictures at Toroda. She also edited and was largely responsible for FCHS publications including the joint Stonerose and FCHS periodical Leaves of History, a Ferry County driving tour, a Republic walking tour and the booklets Eureka! There’s Gold in Ferry County, and Who Was Ranald MacDonald? All were intended to raise funds for the FCHS. She also helped to organize Stonerose’s 1991 teachers’ workshop “Making Fossils Live Across the Curriculum.” Mary will be missed and long remembered. Her commitment to education in all forms lives on in both of the organizations she helped to shape.